June 14, 2018 / Vancouver, BC / NRG Metals Inc. (“NRG” or the “Company”) (TSX-V: NGZ) (OTCQB: NRGMF) (Frankfurt: OGPN) the Company is pleased to report that assays for double packer samples collected over the interval from 100 to 300 meters of the first core have been received, and average 888 mg/L lithium with a relatively low Mg to Li ratio of 3.0 to 1.0. These values are very similar to those returned for the first 100 meters of the hole, indicating the presence of a remarkably consistent high-grade brine. The assay results are shown in the table below. 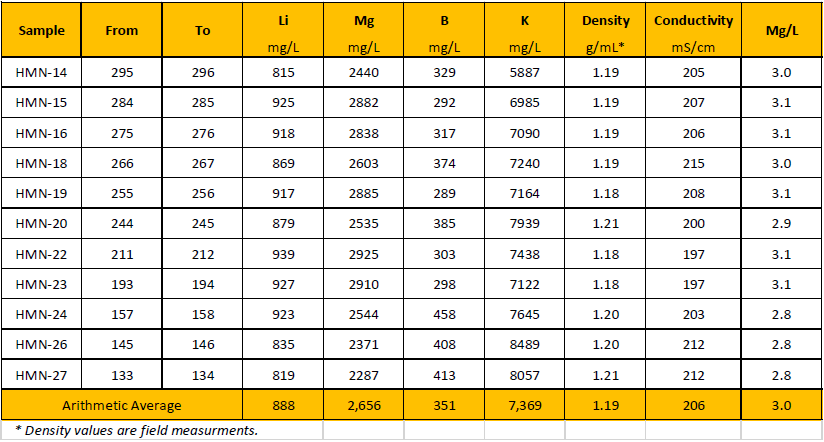 The hole has been completed to the targeted depth of 401 meters, and the drill has been moved approximately 2.2 kilometers to the east where drilling on a second core hole is underway. As of June 12, the hole had advanced to a depth of 151 meters mostly in clastic sediments consisting of poorly consolidated sandstone and conglomerate.

José de Castro, Chief Operating Officer of NRG Metals Inc., commented “We are very excited about the outstanding results from our first hole. The results continue to exceed our expectations. These high grades and favorable Mg to Li ratios have the potential to have a very positive impact on any future capital and operating costs should the economic viability and technical feasibility of the project be established. We are very encouraged to see the entry of POSCO from South Korea into the Hombre Muerto basin with their pending $280 million purchase of the northern part of the Sal de Vida lithium project from Galaxy Resources Ltd.” 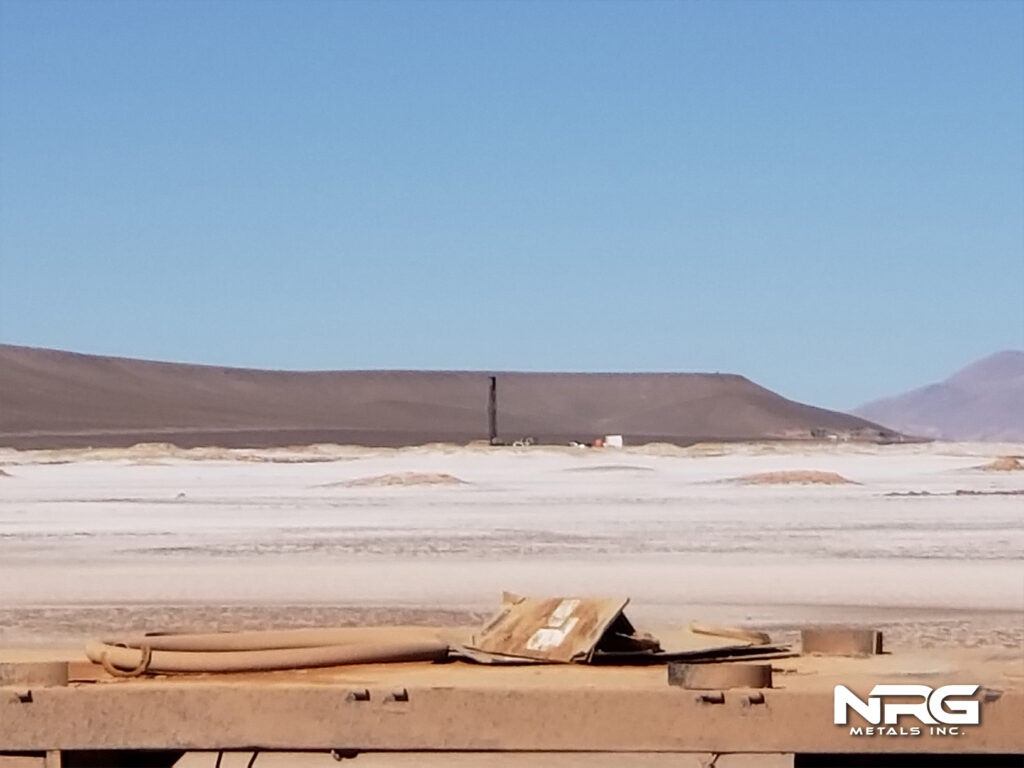 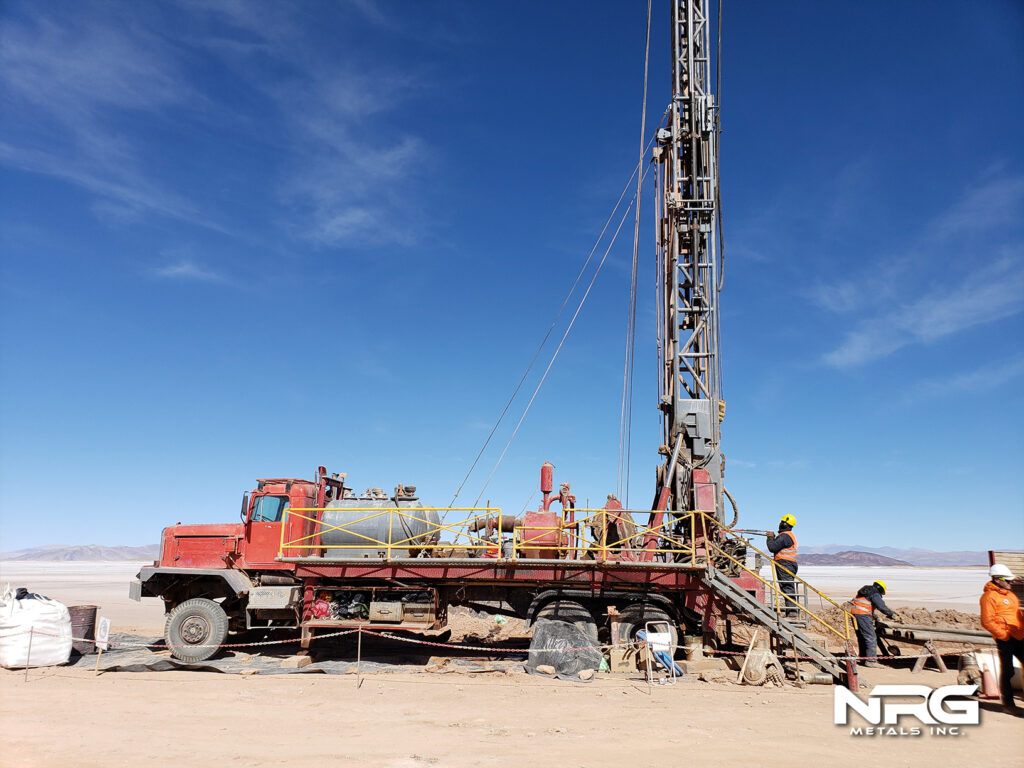 The sampling was conducted with double packer equipment over one-meter intervals approximately every ten meters depending upon conditions in the hole. Samples were not collected from some of the intervals below a depth of 160 meters due to restricted fluid flow. On site QA/QC for the sampling was directed by Cristian Avila of Montgomery and Associates of Santiago, Chile under the supervision of Mike Rosko, also of Montgomery and Associates, a Qualified Person under NI 43-101. The samples were assayed by the Alex Stewart Laboratory in Jujuy, Argentina, which is the preeminent laboratory for lithium brine analysis in northern Argentina. Alex Stewart employed Inductively Coupled Plasma Optical Emission Spectrometry (“ICP-OES”) as the analytical technique for the primary constituents of interest, including those shown in the table. Alex Stewart maintains a strict internal QA/QC program employing multiple standards, re-analyses by AA and calculation of ionic balances. NRG inserted one blank sample and three blind duplicate samples in the sample batch, and all QA/QC results corroborate the analyses reported in this press release. In addition to the packer samples, sealed core samples have been collected throughout the hole, and these samples will be sent to a laboratory in the United States for brine release testing.

The project is located in the province of Salta, Argentina at the northern end of the prolific Hombre Muerto Salar, adjacent to FMC’s producing Fenix mine and Galaxy Resources’ Sal de Vida development stage project.

The preparation of this press release was supervised by Mr. Michael J. Rosko, a registered professional geologist in the states of Arizona (25065), California (5236), and Texas (6359), and a registered member of Society for Mining, Metallurgy, and Exploration (#4064687) and a Qualified Person as defined under National Instrument 43-101. Mr. Rosko approves the scientific and technical disclosure contained in this press release.