Road and drill pad construction has recently begun at HMN by OneBorax a local heavy equipment contractor.  The first road, located at the Tramo Claim Group has been constructed, and work on the first drill pad is being completed. A fifteen-person camp has been installed by Servicios Mineros, and includes insulated buildings, electrical generation and a fuel station supply.  Road and pad construction will be ongoing, while drill preparations are being completed. Drilling is expected to start within 10 days. The Company has on site an experienced management team which includes a senior hydrologist and a senior geologist. 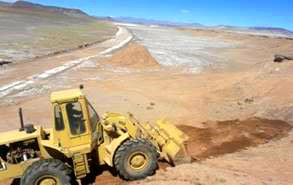 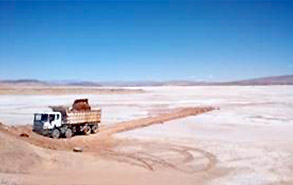 The project comprises mining concessions totaling approximately 3,287 hectares (8,122 acres) and is located 170 km southeast of the provincial capital of Salta.    Further details are available at the company website at www.nrgmetalsinc.com, including a recently completed National Instrument 43-101 Technical Report. Further exploration news is expected in the immediate future.

NRG Metals Inc. is an exploration stage company focused on the advancement of lithium brine projects in Argentina. In addition to the Hombre Muerto Norte project, the Company is evaluating its 29,000 hectare Salar Escondido project in Catamarca province where the company recently completed a first drill hole that confirmed the Company’s conceptual model of a buried lithium brine target. Further exploration news regarding the Salar Escondido Project is expected in the immediate future.