March 13, 2018 / Vancouver, British Columbia / NRG Metals Inc. (“NRG” or the “Company”) (TSX-V: NGZ) (OTCQB: NRGMF) (Frankfurt OGPN), is pleased to announce that it has awarded a contract for the initial diamond drilling at its Hombre Muerto North lithium project (“HMN”) in Salta province, Argentina to AGV Falcon Drilling SRL of Salta, Argentina. The initial phase of drilling will consist of three cores holes, which will be drilled up to a maximum depth of 400 meters depending upon results obtained. The drilling is expected to commence in early-April, depending upon weather conditions.

The project comprises mining concessions totaling approximately 3,287 hectares (8,122 acres) and is located 170 km southeast of the provincial capital of Salta. The project concessions are shown on the map at the conclusion of this press release. Further details are available at the company website at www.nrgmetalsinc.com, including a recently completed National Instrument 43-101 Technical Report. 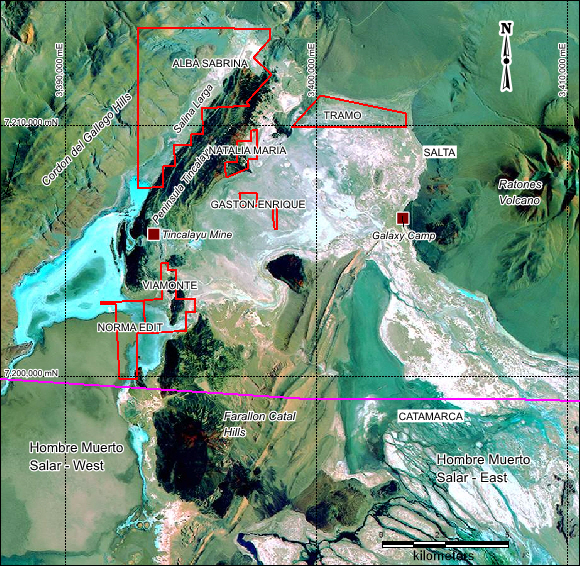 NRG Metals Inc. is an exploration stage company focused on the advancement of lithium brine projects in Argentina. In addition to the Hombre Muerto Norte project, the Company is evaluating its 29,000 hectare Salar Escondido project in Catamarca province where the company recently completed a first drill hole that confirmed the Company’s conceptual model of a buried lithium brine target.

The preparation of this press release was supervised by Mr. James K. Duff, a Licensed Professional Geologist and a Registered Member of the Society for Mining, Metallurgy and Exploration and a Qualified Person as defined under National Instrument 43-101. Mr. Duff approves the scientific and technical disclosure contained in this press release.